Tune-In and Tune-Up® with
Americas’ favorite Car-talk Show!
Since 1990 PTLA

The History of Under The Hood

How the Under The Hood Car-talk Radio Show began...

A long time ago, in a field in Garretson South Dakota just outside of Sioux Falls. The idea for a car-talk format radio show came to Marie Nordstrom while on a John Deer tractor and listening to the radio. She felt that a car-talk radio show to help people was needed in their area and it was something that with their automotive background they could provide the talent for. Working with a local radio station they soon were ready for their first show which would air  from the Sioux Empire Fair. For the talent they would entrust their then 19 year old son Shannon with the job of answering the radio show calls.

So... In 1990 the Under The Hood® Radio Show was founded by Nordstrom’s® Automotive Inc. and aired on KSOO-AM in Sioux Falls, SD. Beginning as a half hour local program and quickly evolving to fill a one hour time slot. Shannon Nordstrom was the sole original host of the radio show answering calls and giving out free automotive advice. The show was broadcast on the internet as well shortly after.

In 1998 Russ "The Supertech" Evans joined Under The Hood. There was an immediate on-air chemistry between Russ and Shannon that brought the program to a new level combining both humor and technical advice making it fun, informative, and entertaining for everyone with a car, not just gear-heads, and the Motor Medics® were born.

In 2003 Under The Hood moved to a new home on KELO-AM without missing a beat and we started moving forward through syndication with our first affiliate, KORN-AM in Mitchell, SD. Shortly after in May of 2003 Chris Carter a 20 year broadcasting veteran joined Under The Hood® facilitating calls and becoming a voice of the people. Since Chris is not a car guy he will often ask how things relate to the average car owner and he keeps Russ and Shannon from getting over anyones head.

As their talk radio network grew they enlisted the professional production services of Prairie House to give it that “local and professional feel” wherever it aired. The program slowly grew over six years to 13 stations by word of mouth alone but was hindered by the lack of marketing until 2008 when it was decided to start looking for someone to knock on some doors and we were blessed to have Vic Jacquot walk into our shop. Vic had been a long time listener and fan of Under The Hood and felt he could be beneficial in spreading the word of the program and that he did. Vic joined us as our Affiliate Sales Liaison and helped us quickly expand to 34 affiliate stations in eleven states in just a short period of time. The program also started crossing format lines running on, Country, Oldies, Talk, Classic Rock, Top 40, and even Christian radio bringing car-talk radio to places it was not normally heard. The stations found it had an appeal to all listeners with a car, gear heads or not, both men and women which made it appropriate for all formats. With the change in economy everyone could use the free car advice and a good laugh.

In 2010 to continue our growth of the program we added the second hour of Under the Hood® and continued adding stations.

By January of 2013 Under The Hood was well over 100 stations and Podcasting weekly to an average of 75k listeners.

Moving forward a few years to 2017 with the addition of our good friend Jeff to the staff, Under The Hood reaches over 225 stations covering 44 states and continues to grow.

2021 Now at over 240 Stations and broadcast on YouTube from our new studios at Nordstrom's 2.0

The Under The Hood® Car Talk Radio Show has become what it is today with the help of the many great people who are instrumental in its growth. From its humble beginning as a half hour local car show to its current form we owe it all to our faith in the Lord and the friends we have made along the way. We are truly blessed to have them with us.

What will the future hold? We can’t say for sure but we know it will be a lot of fun and we are enjoying every minute of it.

Under The Hood® Copyright and trademark Information 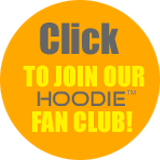